In operation since 2014, it is the first dispensary of EliseCare. 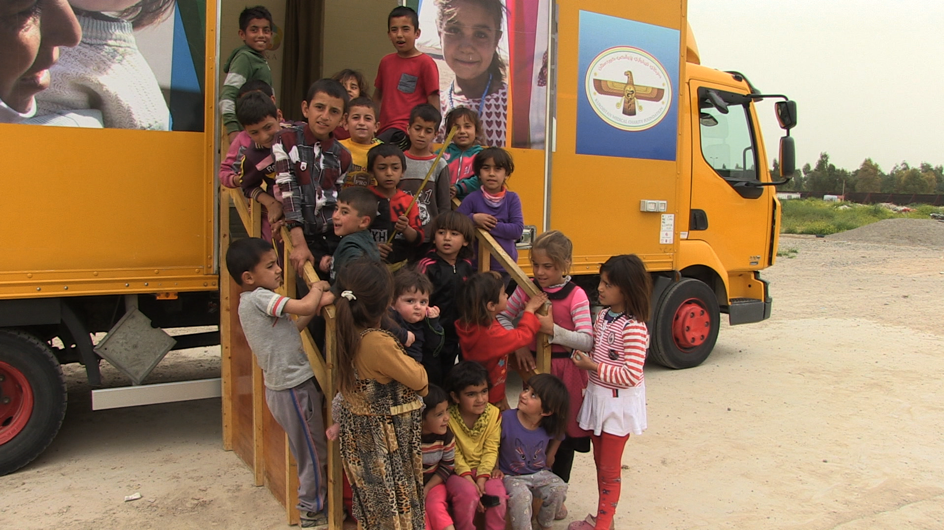 At the end of 2014, EliseCare sent its first medical dispensary to cross the Erbil region. This makes it possible to reach as closely as possible the displaced and refugee populations who have found refuge in abandoned buildings, tents, cellars, courtyards, churches … Often neglected by the official authorities and by NGOs which do not stay on the long In the long run, the physical and psychological state of these populations requires regular attention and care.

Lack of hygiene, difficult access to water and overcrowding have resulted in the spread of infections and the multiplication of viruses. In addition to primary care, the EliseCare team educates the population on physical and food hygiene and provides advice on preventing epidemics, infections and domestic accidents.

The dispensary truck team is made up of 8 health professionals recruited from among the refugees.

“The team of this dispensary truck guarantees families medical services and access to essential medicines and products.” 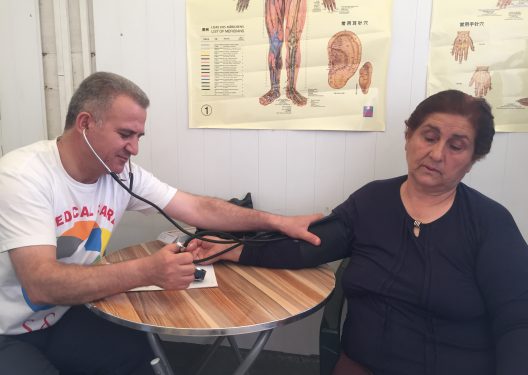 The fact that the dispensaries and their medical teams visit the same sites every week has made it possible to provide continuous and lasting care for refugees for more than 2 years.

The dispensary’s schedule is established according to the importance of the needs per site. This rotation also allows our teams to assess the water and food needs on-site, and to set up partnerships with local associations.